I wish arcane signs to splay across the night sky

As an avid collector of music since the late ’70’s, I’m often asked when I thought was the best time to collect/hear music. Clearly it’s today/tomorrow. With each passing day, more and more avenues to hear music become available as more and more artists/labels embrace social media as an alternative platform to gain exposure for their sounds. Each day seems to feature a new netlabel being born, a new community-driven social site focusing on highly targeted musical preferences and a greater move by a growing numbers of bands/artists to embrace Soundcloud.com, Mixcloud.com, Bandcamp.com, among many other hosting sites, as well as Facebook, Twitter, et al., to promote their music. More music than ever before is out there, waiting to be heard, embraced and downloaded, and it is falling upon the informed listener to find their own musical choices by knowing how to look for exactly what they want. This blog is meant to be an inspiration for you to begin your own search.

Over the years I’ve built up a fairly hefty list of netlabels, artists and bands that I continually go to for inspiration and guidance. Of course, not everything everyone on that list is currently promoting is what I want to hear at the time, but more often than not, if not immediately taken by their suggestion, I do find myself returning to older choices with fresh ears only to find myself liking that choice much more than I initially did. That’s part of the charm of this endless quest for sonic Nirvana. And while I enjoy revisiting these old friends for their latest offerings/suggestions, part of the love in this quest is finding new sources for hearing new sounds.

One of my favorite new sources for learning of new music is the Facebook group, I ♥ Netlabels. Hosted by Coltep Spielfeld (an amazing DJ in her own right and definitely someone you should follow if you don’t already), it is the one Facebook group I’m in (and I’m in quite a few at this point) whose posts I follow as rigorously as those on my own wall. I’ve only been a member for a little over 4 months, but the music I have been directed toward has already made this a daily go-to in my continual search for music I may have missed. The most recent gem being Abstraction‘s Tension EP on the Spanish netlabel Doppt Zykkler.

Launched in 2010, Doppt Zykkler had flown under my radar, despite having released some very good, and very interesting, releases, and probably would continued to have if not for their (and my!) involvement with Coltep’s group. Their latest release, Carlos Valle’s project Abstraction, is an interesting collection of tracks. At times leaning toward an almost electro-dub-techno sound that thrives on a minimal-esque sense of less is more, it still manages to lure the listener in with repeating loops and disparate harmonics that leave you entranced and enthralled.

Another joy of finding a new label is discovering they have released material from artists that you love but didn’t know had been released. In October of last year they released Substak‘s Cortas los acordes.  I’d first come across Substak’s work through his releases on deepindub and Gleichtakt (both of which have also released mixes from Coltep. Starting to see how this works?) Having also released material through Dast netlabel (more, much more on them next week) and Sirona Records (who have also released material from one of last week’s featured artists Mystified), Kostas’s work has continued to impress me. His latest, Noise Panorama on Adpet Label, continues his exploration of sparse dub-techno beats layered atop minimal deep-toned washes of almost sinister import. Deeply hypnotic yet deceptively simple in nature, these are the sounds of an industry as yet unfounded from world as yet undiscovered.

Another invaluable resource for discovering new music is discogs.com. With their stated aim of building the world’s largest music database, currently listing over 3.5 million titles from 2.5 million artists, they are the second stop on every music journey I take. Once I’ve discovered a new label or artist, it’s off to discogs I go to get as comprehensive a back discography as is possible. It is through them that I have discovered more netlabels than any single source. And it’s not just labels and releases that you can learn from them. With extensive cross referencing and web addresses for aliases and sister labels for most of their entries, I am frequently pointed to projects that I never new existed. More importantly, I’m often made aware of which artists run which label, something not always obvious through netlabel sites. One such case was Camomille Music.

Run by Montreal native Vincent Fugère, I’d long been aware of both his work as Muhr as well as Camomille‘s back catalogue (the Hope’s Not Lost compilation is still one of my favorite ambient collections ever), it wasn’t until I chanced upon Camomille‘s discog page searching through Shiftless‘s back catalogue that I realized that Vincent was responsible for this wonderful selection of music. And with the release of Trans Alp‘s Après quatre pièces d’Erik Satie, this collection of beautiful sounds show no signs of abating. I’ve tried several times to describe these pieces and I’ve thrown each attempt out, continually going back to Vincent’s own comments on the release page, “Erik Satie’s compositions wander in Trans Alp’s vast and deep world, drenched in texture and echoing in space, like a drop of water falling in a pool of static.” Well said, Vincent, well said.

Not only has Vincent presented me with music I love through his own label, he was instrumental giving me my first exposure to the Soft Phase netlabel through his Muhr release, Farewell Anthology. Having been on hiatus for nearly 2 years, Soft Phase returned in January with Outra-G‘s Seiren, a collection of glitchy, staccato beats underpinning ethereal, shimmering sheets of translucent washes and hints of distant, whispered conversations hovering just beyond earshot. It may have taken 2 years for Soft Phase to release new material, but the wait was definitely worth it. Beautiful, beautiful post-ambient music that proves ambient isn’t just for late night listening.

Circling back to tie up a loose end, I included a track from Saffron Slumber on last week’s accompanying Mixcloud mix off his release, Somnogen, (as the drone pieces from the release featured were each nearly 30 minutes long) without any attribution in the blog. Released on Resting Bell Netlabel,  I neglected to mention Resting Bell as I planned on featuring their new release, lefolk‘s, isn’t this dangerous, this week. Founded in 2007 by Christian Roth, Resting Bell has continually released some of the most inspirational ambient music on the net from many of the artists that I follow passionately (including, and not limited to, Ian Hawgood, Saffron Slumber, Bengalfuel, offthesky, Phillip Wilkerson, and Saito Koji.) My external hard drive is loaded with Resting Bell releases, many of which I return to again and again. lefolk‘s latest will not be an exception as fading beats weave in and out of a hypnotic, ever-present hiss amid relentless hints of rain in landscapes just beyond while surging electrical currents surface through droning soundscapes bent on warping the very fabric of time. Stunning!

Finally, last week I featured one of my new favorite netlabels, HAZE.org. Since that post, they’ve only gone up in my estimation as I’ve become a huge fan of emptywhale (having featured a collaboration between him and litmus0001 in last week’s accompanying mix.) Having released 2 albums through HAZE, fearscapes and that grey place we go, I’ve become enamored with his post-nuclear, darkly ambient, droning soundscapes that lurch and churn from behind hidden corners, leaving terrifying images burned on peripheral visions from sights you’re unsure you’ve seen and nervous twitches stirred from unsettling sounds that harken back to primordial fears found lurking in the dark. If H.P. Lovecraft were alive and writing today, fearscapes would be his soundtrack. As you might have guessed, emptywhale is currently on very heavy rotation in my headphones.

Next week I hope to feature a few of the older netlabels which have forged my preferences and listening habits and return to a Friday/Saturday posting scheduling (but all that depends upon more things than a mere mortal can control…) Until then, please remember; “… all our yesterdays have lighted fools the way to dusty death,”  and it’s only what we do tomorrow that may make a difference. Enjoy. 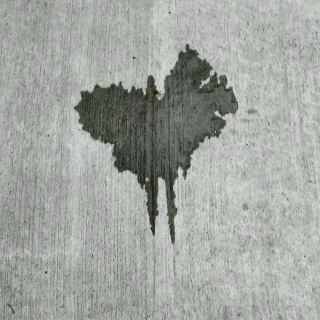